The Commission of Fine Arts has several research collections available in the CFA office. The collections include meeting records, photographs, models, paintings, and other materials relating to the history and work of the Commission of Fine Arts. These resources are available to researchers by appointment. For more information or to make an appointment, please contact the CFA Records Officer or Historian at cfastaff@cfa.gov or (202) 504-2200. 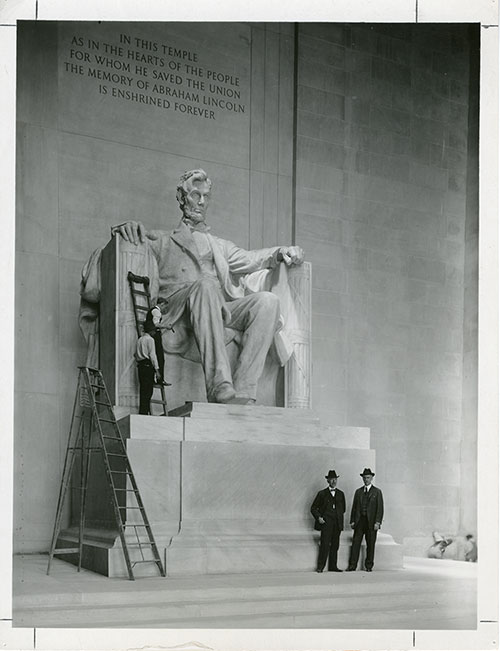 Statue of President Lincoln with the artist, Daniel Chester French, and the architect, Henry Bacon, posing shortly before the 1922 dedication of the Lincoln Memorial. (Image credit: CFA)

The CFA has a large print collection of photographs of buildings and parks in Washington, DC and elsewhere, dating from the early years of the Commission through the 1970s. The CFA photographic collection also includes numerous slides of projects submitted for CFA review from the 1970s through the early 2000s. 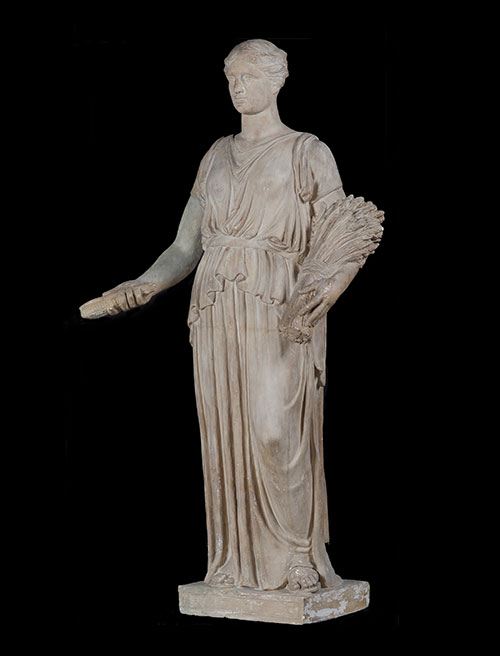 Plaster maquette of Ceres, one of the forty allegorical statues originally proposed by William Mitchell Kendall for the Arlington Memorial Bridge but eliminated at the recommendation of the CFA. Thomas Hudson Jones, c. 1928. (Image credit: Carol Clayton)

The CFA has a small collection of models and sculptural maquettes submitted for review by the Commission, as well as a series of portraits of the Commission chairmen. 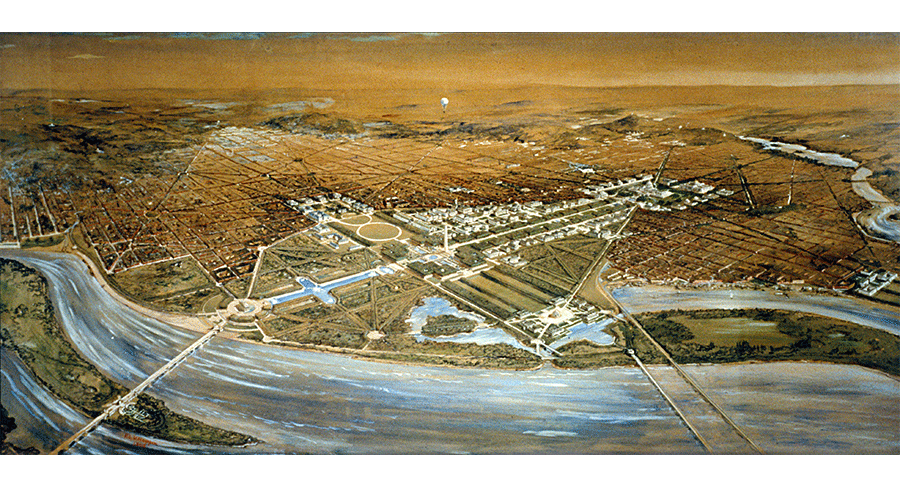 The CFA has three original large-format illustrations from the Senate Park Commission (McMillan) Plan of 1901, the only known extant originals, as well as two later large-format copies. The CFA also has several smaller original illustrations from the 1901 Plan and a photographic scrapbook of landscape precedents made following the 1901 McMillan Commission research trip to Europe, as well as a series of large silver gelatin prints of these photographs that were used by the McMillan Commission in exhibits of the Plan.